The Superhero series is fully inclusive to anyone, of any ability. The organisers go as far as saying “If you want flippers or floats in the water or need to use your powerchair, we make it possible. In fact, as far as we’re concerned anything goes.”

This ethos makes the Superhero Tri a wonderful, truly one of kind event; and for the second year in a row I was lucky enough to participate as a sidekick in one of Guidant Global’s three teams.

To make the event even more 'super', this year it was sponsored by Marvel. Safe to say there were many everyday superheroes dressed as Marvel characters on the day!

For 2019, Guidant Global entered three teams into the ‘Sprint Team’ race, which consists of a 150 meter swim in the chilly waters of Dorney Lake, followed by a 3km bike ride and finally a 1km run/push/wheel/walk, with participants passing the baton (an electronic timer) to the next team member.

All three of Guidant’s teams were entered into ‘Captain America’s Wave 9’ at 14:25, which meant we enjoyed the best of the sunshine on the day. Our teams were made up of a wide variety of Guidant employees and their family members – either as race competitors or as ‘sidekicks’ – with a mix of abilities.

Each team member dug deep and pushed hard to make the best times possible – every one of them doing #TeamGuidant proud and getting caught up with the celebratory atmosphere of the day. Official timings show that our team’s finished 5th, 7th and 8th respectively in our wave of 36 teams – a true Superhero effort from everyone.

Aside from the racing, it was a real joy to see not only able-bodied and disabled individuals, but also people of all ages from 6 to 60+ competing and supporting each other – challenging themselves to be a real-life Superhero.

Set at the home of the 2012 Paralympic and Olympic rowing events, Dorney Lake’s purpose-built clubhouse with fully tarmacked paths around the lake made for an inspirational setting perfect for the event.

As with previous years, the event attracted celebrities and sports favourites – many of whom were competing in the Celebrity Superhero Team race, which ran on the morning of the event. From Paralympians to Invictus champions, London Marathon winners and TV presenters, the celebrity team race was a truly star-studded affair.

Special mention must go to #TeamGuidant’s Coby and Caleb Buckley.  Claire Balding paused from her presenting of Channel 4’s event coverage to comment that she “loved their Superhero costumes”. Both Coby and Caleb insisted on racing with their Spiderman and Batman masks on (removing them only to pause for breath!).

There was an incredible amount of volunteer support on the day from the hundreds of volunteers, who are affectionately referred to as “Superhero sidekicks”. A number of disability charities and initiatives were also in attendance (with many entering teams) with all showing great support and encouragement for the ‘Superheroes’  racing, and really getting into the spirit of celebration of the day.

Join us at Winter Wonderwheels on Sunday 1st December

The next event in the Superhero Series is the Winter Wonderwheels on Sunday 1st December, where everyday Superheroes are invited to cycle, walk, run, push (or anything in between) around Dorney Lake. With 1km, 5km and 10km challenges, there really is something for everyone.

#TeamGuidant will be there, so why not get involved in this family-friendly Christmas/Superhero themed extravaganza? 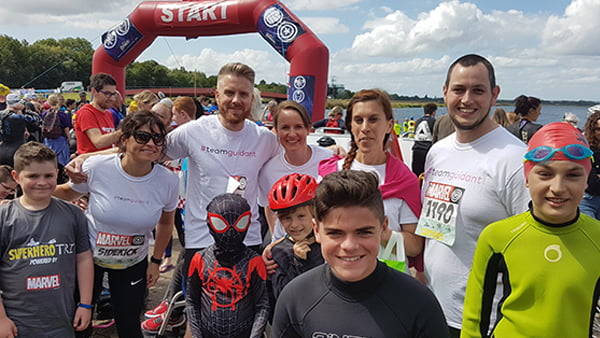 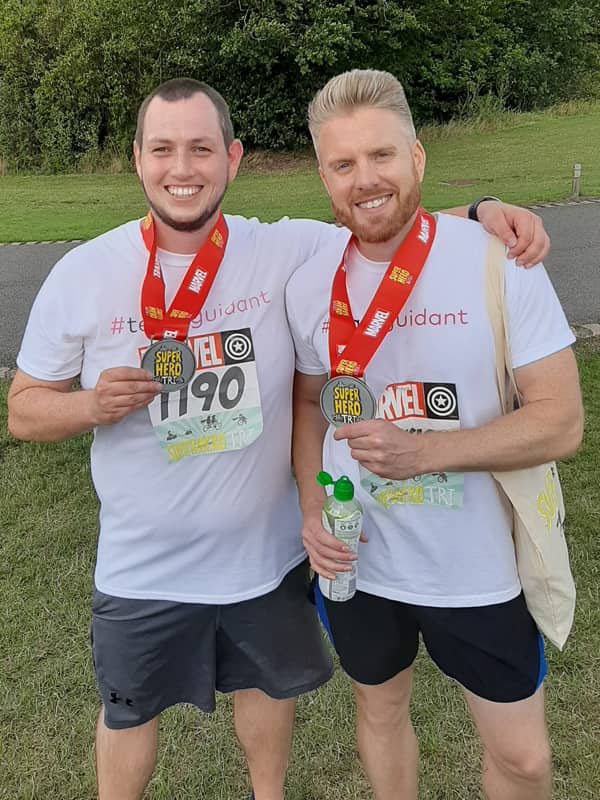 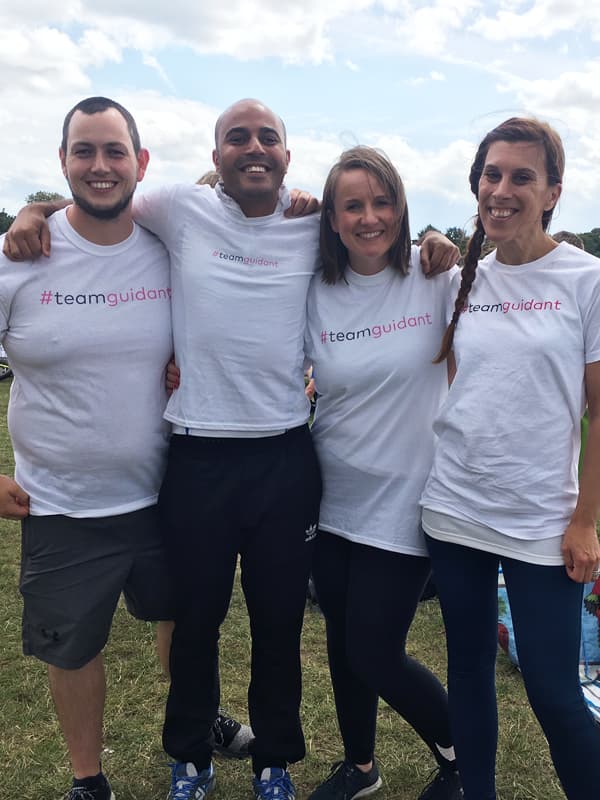 How useful did you find this article?
Thank you for your feedback!
5.0 / 5.0
Back to blog listing
Share This: