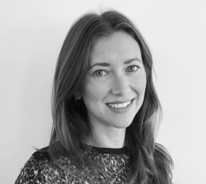 A great deal of discussion is currently taking place regarding the reform of the intermediaries legislation in the Public Sector and what will be the likely impact to Contractors working through Personal Services Companies (PSCs), third party suppliers and Public Sector bodies.
Guidant has been closely following the development of this legislation and is currently awaiting the outcome of the consultation, which we expect will be announced in the Autumn Statement 2016.
In the meantime, we've answered some key questions below to help you understand a bit more about the legislation and its potential impacts:

What is the new Public Sector (IR35) legislation?

The government announced in the Budget 2016 that it intends to reform the intermediaries legislation specifically for public sector engagements.  The intermediaries legislation is often referred to as IR35.
IR35 tax legislation came into force in April 2000.  IR35 prescribes that if a PSC is found to be working in a way that defines them as not self-employed, they may be deemed to receive employment income under IR35 and will pay broadly similar PAYE and NIC to someone who is employed and doing the same job in the same manner.
Under the current legislation the liability to pay correct employment taxes sits with the Contractor’s own PSC.  However, under the government proposals the responsibility for making a decision regarding a Contractor’s IR35 status will move to the intermediary, such as a recruitment agency or Managed Service Provider.
As well as the intermediary determining the IR35 status of the worker, they will also be responsible for deducting full PAYE should the worker fall within scope of IR35.  As a result, the intermediary will also become liable to employers’ NIC and apprenticeship levy.
Importantly for Public Sector organisations, even if they are not operating as an intermediary, they may be liable for checking that the intermediary operates the rules correctly.

Why has the government proposed these changes?

IR35 legislation was originally introduced with the intention of making sure that people who perform the same job role in the same way, pay similar amounts of PAYE and NIC, regardless of whether they are employed directly as a PAYE worker or work as a Contractor via their own PSC.
The government feels that non-compliance with this legislation is common practice and they have stated that they are considering reforming the legislation with the aim of increasing the amount of revenue generated from this population of contingent workers, which they believe will make it fair to workers regardless of their employment status.

When will this legislation become effective?

The draft legislation has been subject to a full 12 week consultation that came to an end on 18th August 2016, during which time it was heavily lobbied by both the recruitment industry and Public Sector bodies.
It is proposed that this legislation will be introduced in April 2017, subject to the outcome of the consultation.

How will this legislation work?

HMRC are intending to develop a new digital tool that will help to make the decision on whether or not the new intermediaries rules should apply to a Contractor.  It is anticipated that the result of the test will provide confidence to all parties in the chain that the rules are being applied correctly.

What is the likely impact on the Public Sector if the legislation reform takes place?

As a result of the HMRC digital tool being implemented it is anticipated that a higher volume of Contractors will be found to be operating in scope of IR35 and the consequences of this could be significant with Initial reports suggesting that many Contractors will no longer seek work in the Public Sector, or those currently working in key roles may leave and opt to work in the Private Sector where business will not, at least initially, be subject to the new intermediaries legislation

What is Guidant Global doing now?

First of all, it is important to remember that these are still only potential impacts. Nevertheless, Guidant is already actively engaging with Tax and Legal experts and speaking to our suppliers and many Public Sector clients to share ideas, opinions and possible outcomes based on the Consultation Paper to best prepare for the legislation.
Once we have confirmation from the Autumn Statement that this change in legislation will take place, we will then formally assess the impact with our Contractor population, our clients and our suppliers.  At this point Guidant will finalise next steps to be taken and the processes that will need to be implemented to ensure all our partners continue to be fully supported.

What about Contractors in the Private Sector, will they be affected?

For now, Contractors in the Private Sector will not be impacted by the reforms and the existing intermediaries rules will continue to apply.
However, HMRC will be offering businesses within the private sector the option of utilising their digital tool in order to assess whether their Contractors fall within scope of IR35 also.

When will we know more?

We are anticipating more clarity from HMRC around this legislation when the Autumn Statement 2016 is published on 23rd November. At this point it should become apparent whether or not the legislation will proceed in its current draft or whether they will have listened to the lobbyists and incorporated key changes to the initial proposals.

How will Guidant support any changes?

Regardless of the extent of the legislative changes, Guidant will continue to provide expert advice and recruitment process support accordingly; just as we currently do with all Contractor compliance and legislative requirements.
Guidant will continue to manage the on-boarding process for our clients and it’s anticipated that we will assume responsibility for managing this administrative burden and ensure the IR35 status of each Contractor is clearly determined prior to them being placed in a role.
The trusted recruitment partner of UK local authorities:
Guidant is expertly-positioned to help the UK public sector overcome resourcing and recruitment challenges. In fact, Guidant has more than a decade’s experience as the trusted recruitment partner of many Public Sector bodies throughout the UK. These clients rely on us to place thousands of talented individuals into work each year and you can read more about our continued successes and the benefits we’ve delivered to our local authority clients in the short case study below:
Local Authorities: At a Glance
How useful did you find this article?
Thank you for your feedback!
Back to blog listing
Share This:

If you want to learn more about how we deliver these benefits, please contact us today.